It will be located next to Chipotle Mexican Grill and Vitamin Shoppe at 280 Mundy St. in the building that formerly housed Ground Round, according to the property’s owner Robert Tamburro, president and general partner of Mundy Street Square L.P.

Five Guys, a fast casual restaurant chain featuring hamburgers, hot dogs, sandwiches and French fries, opened its first location in Arlington, Va. in 1986 and expanded to more than 1,000 locations in 47 states and six Canadian provinces, according to its website.

This will be the seventh location for local franchise owner Negvest LP.

In addition to the new Five Guys in Wilkes-Barre Township, Negvest owns locations in the Siniawa Plaza in Dickson City as well as East Stroudsburg, Allentown, Bethlehem, Easton and Flemington, N.J., said Jamie Danko, chief operating officer. Negvest LP has offices in Scranton and the Poconos.

Danko expects the new Five Guys will open in mid-March. Tamburro said Vitamin Shoppe should be the first to open in February and Chipotle will open in the first or second quarter this year.

Wilkes-Barre Township Zoning Officer Tom Zedolik said he received drawings for Five Guys to be reviewed and a permit will be issued.

Danko said a number of Wilkes-Barre area residents come to the Five Guys in Dickson City and East Stroudsburg and have asked when it is coming to the area. They have been trying for 10 years to open a Five Guys in the area and Tamburro came up with a great spot, he said.

Chipotle Mexican Grill and Vitamin Shoppe were the first to sign leases to open in the building. About 4,600 square feet remain available to be leased, Tamburro said. A prospective tenant expressed interest in the entire space, but has not yet signed a lease, he said.

John Longstreet, president and chief executive officer of the Pennsylvania Restaurant and Lodging Association, said there has been growth in fast causal restaurants, where people can spend less money and it takes less time to be served.

Tamburro said Five Guys has been a popular concept and the chain continues to grow.

“Their burgers have gotten a lot of rave reviews from different organizations,” Tamburro said. “It’s exciting. I think it’s going to enhance the Mundy Street retail corridor. I think it’s a great location. It’s centrally located and we feel fortunate to be doing business with them.” 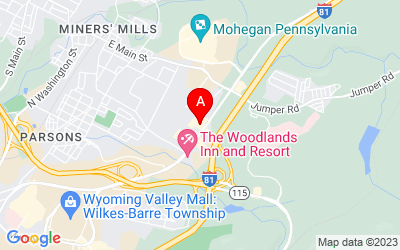